Landing on Her Feet – Stacy Galina 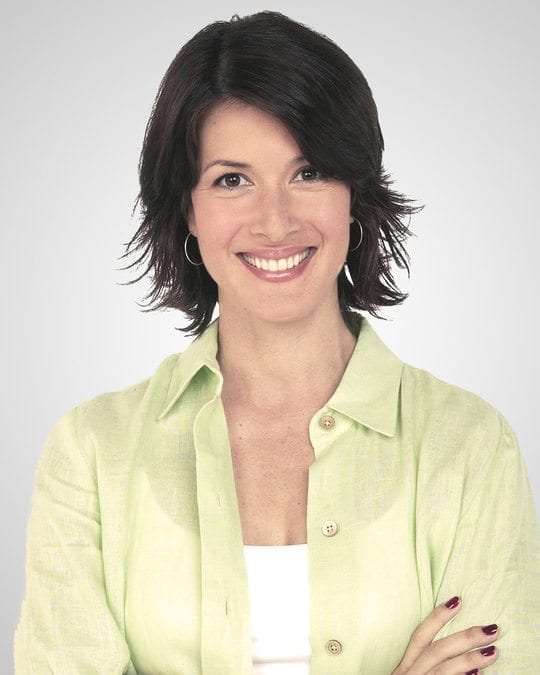 Landing on her Feet Knots’ Stacy Galina has learned that when one door closes, another opens.

With the demise of Knots Landing, it might be plausible to assume that Stacy Galina (Kate Whittaker) could slip into the soap abyss never to be heard from again, as many actors do. But don’t count on it. With the aggressive attitude she assumes when tackling new endeavors and the talent she’s showed on Knots, Galina has just begun to carve a niche in the acting world.

Galina is not one to do things by the book, and her blossoming acting career is proof of that. True Knots fans know that when Galina first appeard on the show in 1990, it was not as the character she portrays now, but as Mary Frances Sumner, Greg’s (William Devane) daughter. When that character’s storyline came to an abrupt end – she was assassinated be her boyfriend (he meant to kill her dad) – popular demand led to Galina’s reinstatement several months later as Kate, Mary Frances’ look-alike cousin.

“I went to do another show called ‘Paradise,’ ” Galina explains. “After ‘Paradise’, David Jacobs (Knots’ creator and executive producer) came to me and said, ‘I think I made a mistake killing you off Knots,’ and that is when I came back.” She’s glad she did, espically because of this past season’t juicy storyline involving a romance with Gary (Ted Shackelford) – a significantly older man. “Selfishly speaking, she says, “for me it was a great storyline. Plus it provided me with the opportunity to work with Ted, who I think is a really good actor, very focused.”

Galina admits that she took some heat from the audience when her character became involved with an older man, but she argues, “In real life, if I got together with Ted people really wouldn’t think anything about it, But because the character of Kate is so young and naive, people thought it was wrong, when in fact it was no big deal. Everyone reacted strongly to the storyline. The age difference is about the same between Greg and Paige (Nicollette Sheridan), but I think because Paige is a more sophisticated character they buy into it more.”

A native of Atlanta, Galina stumbled into acting when inhjuries cut short a dance career she’d been preparing for since age 7. She left Atlanta at 11 to attend the Professional Children’s School in new York. At 13, she was awarded a scholarship to the School of American Ballet. She went on to become a member of New York’s prestigious American ballet Theater scholarship program, and later danced with the Atlanta Ballet.

Galina, an only child, says that leaving home at such a tender age was such a difficult decision, but ultimately the best one. “It sounds like child abuse, sending your young child off to New York, but when you got a scholarship to go, you went. I knew I wanted to be a ballet dancer and that this would be a stepping stone to get to where I wanted to be. It was difficult for my parents to let me go,” she says, “But in the long run they knew it was worth it.”

It was through this experience, both the good aspects and the bad, that Galina’s eyes were opened to the possibility of a theatrical career. “It was after I had a series of operations on my feet and I went back down to Atlanta to recuperate that I started to seriously think about acting,” she explains. “When I was going to the Professional Children’s School, I saw my friends working and acting on Broadway and I thought it was really exciting. So when it became too painful to dance, I decided to try it.” The fledgling actress moved to Los Angeles and, after a few false starts, landed her Knots role.

The actress credits her parents with her success, and they both remain strong influences in her life. “I have a great relationship with both my parents,” she says, “My mom is my best friend’ we’re really lucky because we never really went through a conflict stage. Part of that was because I was away from home and had the freedom, but the other part was because my mom wasn’t very restricting’ she is very open and free about things. I was a weird kid anyway.”

With prime-time soap experience behind her, would Galina consider a career in daytime? She says no, but it’s not because she doesn’t admire the format. “I couldn’t remember all the lines,” she confesses. “Kathleen (Noone, who plays Kate’s mother, Claudia) was telling me one day that when she was on ‘All my Children’ (as Ellen Dalton) they’d sometimes have 30 pages of dialogue a day. I couldn’t do it; I have a learning disability, and I can’t remember lines. – period. I have to have two, maybe three nights with my scripts, so it would be ridiculous to even try. Sometimes on Knots I got frustrated when they only allowed us three takes, which is generous on daytime, because you have no time to be creative or do the scenes in different ways – and holding for those looks before they fade out…please!”

Galina says the biggest advantage to working on Knots was the growth potential. “Working a show like this is better than acting class because you learn by doing,” she says. “I have learned so much from everyone – Bill, Ted, Kathy, Keven (Dobson) – not only be interacting with them but also by watching. I think I’ve learned most, though, from just seeing myself in the dailies and trying out new things so that I can see what works and what doesn’t.”

Now that Knots is history, Galina has focused her attention on her jewelry designs one-of-a-kind pieces made from rare gems and 18th-century gold coins (Moonlighting, Vol. 4 Issue 10). She’s also searching for a new acting niche – although she thinks it’s highly unlikely she’ll turn up on daytime.