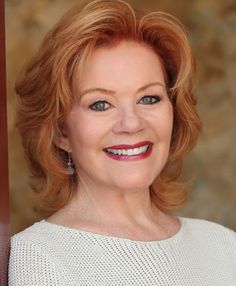 “There’s a standing joke over at ‘All My Children’ that if you win an Emmy, you’ll never get a storyline again,” reports Kathleen Noone, who played Ellen Dalton for 11 years on the ABC soap. But when she was relegated to back burner status shortly after nabbing the 1987 Best Supporting Actress prize, Noone didn’t take the “standing joke” lying down. Instead, she departed the New York based serial and headed west – where she’s now luxuriating in the prime-time suds of CBS’ ‘Knots Landing.’

“I got this job faster than I could get a cab in Manhattan,” says the New York born actress, who was picked for the role of anthropologist Claudia Whittaker (The wily sister of Greg Sumner) without the formality of a screen test.

Her enthusiasm she admits, wasn’t nearly so high when she first moved to California last year. She soon discovered that neither her outstanding daytime success nor her gold statuette meant much to the local moguls. Noone’s sole Hollywood experience before relocating consisted of a quick trip to play Family Feud and another to judge ‘Star Search.’

“I basically had to start over,’ noted Noone, “The Emmy may get you in the door, but it sure doesn’t get you a job. Still, it was nice to have it – especially on those low days when I couldn’t get arrested, and I thought I was going to scream. I’d see it sitting on top of the TV and say to myself, ‘Just hang in there Kathleen . . . . “

A guest shot on NBC’s ‘Quantum Leap’ eventually materialized, followed by an offer to return to the daytime fold from NBC’s ‘Generations’ She nixed the latter. “I wasn’t quite ready to throw in the towel,” she says.

Noone, currently unattached, finds life in La La Land to be more than a tad isolated. “In New York, you look out your apartment window and see millions of people. In L.A., you look out an contemplate a leaf.”

Her life will be far from calm on the set of ‘Knots.’ Viewers can look forward to a fireworks display as things heat up between Noone’s character, Claudia, and Anne, Michele Phillips. One of the biggest differences between Noone’s daytime and nighttime soap experiences? “It was a shock to me on ‘Knots Landing’ when the writers came to me and said, ‘Please talk with us whenever you have a problem.’ At ‘All My Children’ you can’t go near the building the writers are in,” says Noone.