Back to the Cul-de-Sac Reunion Episodes 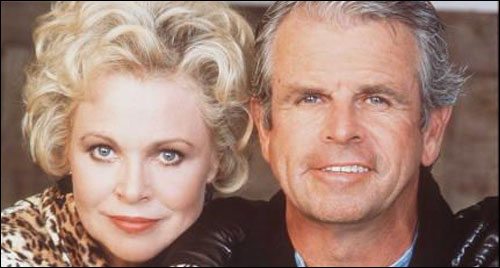 The mini-series opens up when recently unemployed factory workers turn to Mack MacKenzie for help in suing Greg Sumner for wrongful termination. When Sumner bought the factory from Gary Ewing, he fired everyone regardless of the written agreement he signed promising not to close the factory. The agreement, however, is in a box somewhere in the Ewing warehouse. Back at the cul-de-sac, the conniving neighbor, Abby, announces to Karen and Val that she will be moving to Malibu. But the joy is short-lived when the IRS freezes all of Abby’s assets for failure to pay over $1 million in back taxes. Abby then convinces Greg Sumner to pay her $1 million to steal the agreement from the Ewing warehouse. Soon after he arrives back to his ranch, Greg is surprised when Anne Sumner returns after four years in Paris. Mack and his wife Karen are approached by Meg, their adopted daughter, who asks for the truth about the identity of her real biological father. Mack will never reveal the answer and chooses to lie to Meg again. At the Ewing home, Val, now a best-selling author, is beaming when she tells Gary exciting news. A major film studio will be making a movie based on her latest novel and she will co-write the screen play. Clay McKinney, a once promising writer whose career was plagued by his alcoholism, was assigned to be her writing partner. Meanwhile, Gary gets an unexpected visit from Kate, Greg Sumner’s niece, who has some very disturbing news of her own.

Former cast members Kim Lankford (Ginger), Claudia Lonow (Diana) and Tonya Crowe (Olivia) make cameo appearances at Karen and Mack’s anniversary party. Ginger reveals that she and Kenny have divorced. Olivia, meanwhile, presumably no longer together with her husband Harold as she mentions to Abby that she has to leave to meet “Danny.”
In the opening scene, Nicollette Sheridan (Paige) makes an uncredited cameo that was reporteldy filmed after the completion of the mini-series. In this scene, Paige leaves Sumner for good because she wants children and he doesn’t.
Val’s latest book is based on a plot development from the show’s last season- her kidnapping, presumed death and return from the dead.

One morning, Val and Gary learn that Clay McKinney was found dead, floating face down in his pool. Because Val was the last person to see Clay alive, the police question her about an earring they found near the pool. Val denies that the earrings are hers and refuses to tell Gary what happened that day. Gary, concerned about her secrecy, accuses Val of having an affair with Clay. Greg Sumner decides to settle the lawsuit brought against him by Mack and the unemployed workers. Of course this means the deal with Abby to steal the agreement is off and now she is out the $1 million. However, this news comes too late because Abby already hired her friend Robert to break into the Ewing warehouse that night. When she goes to call off the deal, Abby finds the warehouse in flames and Robert is nowhere to be found. Mack has been tormented by something he refuses to discuss with Karen. No matter how often she confronts him, Karen notices how Mack retreats and she finally abandons hope. Karen resigns herself to the fact that this is something he must sort out on his own. Burdened with her own dilemma, Val must decide about telling the police and her husband about what really happened at McKinney’s house the day before he was found dead. Abby, now broke and desperate for money to pay her back taxes, begins to snoop around Greg Sumner’s private business, determined to find something she can use for blackmail.

In the mini-series final scene, it is revealed that both Karen and Abby will soon be grandmothers as Karen’s son Michael and his new wife are expecting, as well as Abby’s son Brian and Greg’s niece Kate.

Any idea where I can watch the Cul de Sac special?