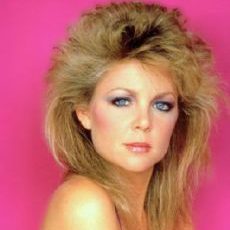 Cathy, originally came from Wyoming near Cheyenne. At a very young age she married the unstable Ray Geary and ended up going to jail for a crime he committed. By her mid-twenties, Cathy was released on a parole thanks to the conniving Abby Ewing. In return, she had to make Abby’s husband Gary crazy by acting out like the late Ciji Dunne.

The plan succeeded but Cathy ended up falling in love with Gary Ewing, and the games had to stop. Cathy struggled to get accepted into the Knots Landing community because she reminded everyone of Ciji. She developed a great friendship with Laura Avery who invited Cathy to move in with her.

Shortly after, everyone began accepting Cathy for who she was. She started singing at the Isadora’s and began a steamy love affair with her neighbour’s brother the handsome yet troubled Joshua Rush. Joshua proposed and they decided to get married. However, Cathy had her doubts, Joshua was very unstable and wanted to control her life. She ended up marrying Joshua thinking that it would get better. Nevertheless, her marriage got worse; Joshua was very abusive and had lost his mind. The worst was yet to come; Joshua attempted to kill himself along with Cathy by jumping from a big building. His plan failed and Joshua fell over the building accidentally and died.

After Joshua’s death, Cathy began rebuilding her life. Her singing career peaked. She then began an affair with Ben Gibson, Joshua’s brother in law. Ben was going through a lot in his rocky marriage and he accompanied Cathy on her tour. Cathy left in the spring of 86 for a tour. The details of the rest of her life are still unknown.