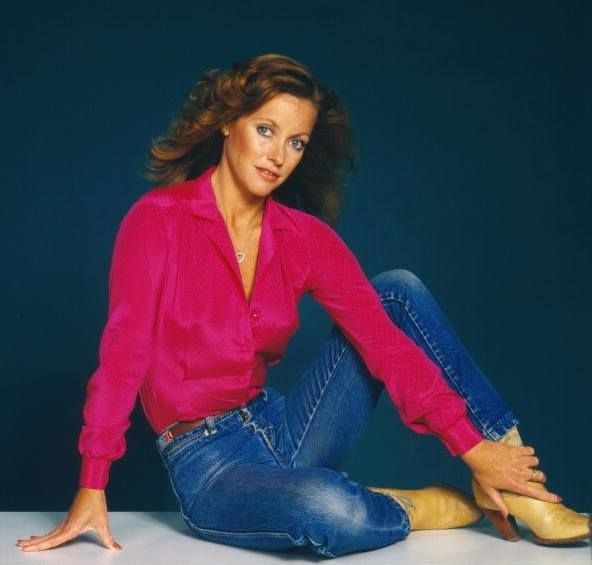 Sweet, Kind, Loving, friendly, funny, pretty, these are just some adjectives to describe Ginger Kilman Ward. Ginger Kilman Ward’s life had both its ups and down. At the age of 16, she fell in love with a young man; she got pregnant, and was forced to have an abortion by her mother. The young man was shipped to Vietnam and died there.

A couple of years later, Ginger tried to forget this early incident of her life, she became a kindergarten schoolteacher and met the handsome playboy, Kenny Ward, who was a California native and worked in a recording studio. They fell in love and shortly after they got married and moved to the cul-de-sac in Knots Landing. Ginger was a good neighbour, she would always turn to Karen for advice, ask Valene for extra help at the school, and she was also very close to Laura. As a new bride, Ginger tried to make her marriage strong from the beginning, but Kenny’s cheating habits caused Ginger to kick him out after she found him in bed with singer Sylvie.

Ginger was still in love with Kenny, but the couple separated and she began dating a paediatrician Carl. She then found out that she was pregnant with Kenny’s baby and the couple decided to give their marriage another chance. In the fall of 1981, Ginger gave birth to a healthy baby, Erin Molly Ward.

Ginger was very happy to become a mother, but she had to quit her job. An opportunity presented itself in front Ginger, she had the chance of becoming a singer, something she always wanted to do, but Kenny refused because he was old-fashioned and believe she should stay home and take care of Erin Molly. Ginger almost had an affair with Karen’s brother Joe, but she never pursued it because she did not want to throw away what Kenny, Erin Molly and she had…
A couple of months later, Kenny devoted most of his time to developing an aspiring singer, Ciji Ward, and Ginger hated this. What made her more mad, was when Kenny told Ciji to sing a song that Ginger had written…. However, the couple made up. During the spring of 1983, Kenny got a job offer to work in Nashville with Jeff Munson. Kenny took the job, but only in the condition that Ginger becomes a singer. The family moved to Nasville.

Seems like Ginger never gave up, she fought hard to keep her family together. Despite all the struggles she faced.

The details of Ginger’s life in Nashville are still unknown, but we find out in 1997 that she divorced Kenny because he was not good in bed….