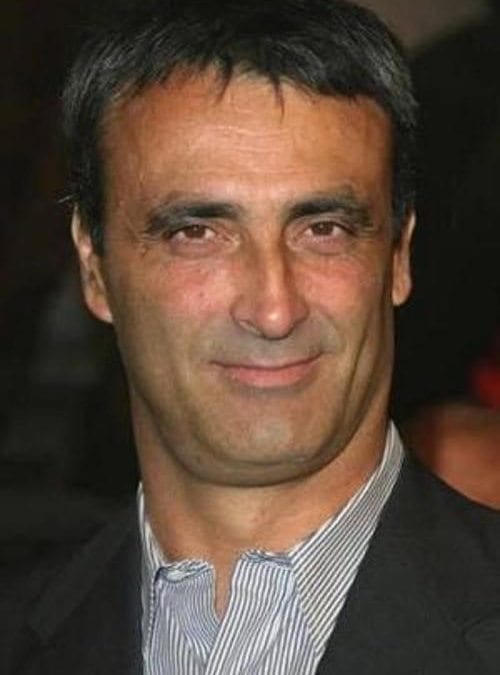 Nick was raised in Greece and Italy. Early on he got by on his charm and good looks. He got involved with the mob, and alternately worked as a hood or a con man. Nick was working for a guy named Marco, who was being blackmailed. Marco suspected his blackmailer was old lover Anne Mathison, and sent Nick to Knots Landing to check it out. Nick and Anne soon became lovers, and he discovered she was blackmailing Marco. Instead of telling Marco, they decided to go ahead with her plan and split the money. Things didn’t quite go as planned though, when Tom Ryan found their money and took off with it to Belgium. Next Nick and Anne had a fake marriage to try to get Paige’s trust fund, but it turned out the bank had been seized by the FDIC, and there was no money left.

Nick returned to Europe where he worked as a Gigolo. He traveled back to California with an older woman named Betty. She was to go to a funeral where she was supposed to pick up something valuable. Unfortunately she died the night before the funeral, so Nick sought out Anne who pretended to be Betty. The valuable turned out to be a doll which had a piece of microfiche in it. Two parties were after the microfiche, so they made a copy and sold it to both. Unfortunately they were paid in counterfeit money. Anne and Nick continued to try and pull off unsuccessful scams while falling in love with one another. Finally they were able to steal a valuable statue from Sumner Group. Nick took the statue and left Anne as she slept, returning to Europe.

When his money ran out, Nick took a job with Nigel Treadwell. Treadwell was head of a large crime syndicate in Europe. Treadwell and his partner Abby Sumner wanted to take over the Sumner group. Greg had given his company away, and his sister Claudia now owned 1/3 of the shares. Treadwell sent Nick back to Knots Landing to romance Claudia and get her shares. Claudia was very taken with Nick, and even bought him a restaurant to “keep him in town and keep him in her bed.” Nick ran into Anne again. They still had feelings for one another, but she was now married to Greg, and didn’t want to mess it up. They decided to be friends, but Nick enjoyed Anne’s and Claudia’s cattiness over him.

Claudia had embezzled the money to buy his restaurant. When she was found out, she needed half a million dollars to give it back right away. Nick got the money from Treadwell, so that Claudia now owed them. Nick had Claudia do some money laundering, as well as insert a computer virus into as part of a plan to get Greg and Paige. Treadwell also wanted Claudia’s shares of Sumner Group. When Claudia refused, Treadwell had Kate run off the the road. Nick didn’t like the violent turn that Treadwell had taken. People were being killed and injured, and he wanted out.

Anne meanwhile was tired of Greg ignoring her, and she and Nick got back together. They needed money to run away together, so they kidnapped Greg’s prized horse for ransom. Unfortunately, Greg decided he’d rather have the insurance money rather than pay the ransom. Then Greg discovered Nick and Anne with his horse. Anne left Greg. When Treadwell’s men went after Nick and beat him up, Anne tended to his wounds, and Nick told her about Treadwell’s plan to take over the Sumner Group. Anne went to Greg and offered to give him the info for a price, while Nick went to Treadwell and sold him info on Greg. Finally successful at pulling off a scam, they decided to run away to Monaco together. At the airport they found that Claudia was also moving to Monaco. Happy for awhile, Nick and Anne split up in Europe, and went their own ways. Today Nick is still traveling the world trying to pull off scams.