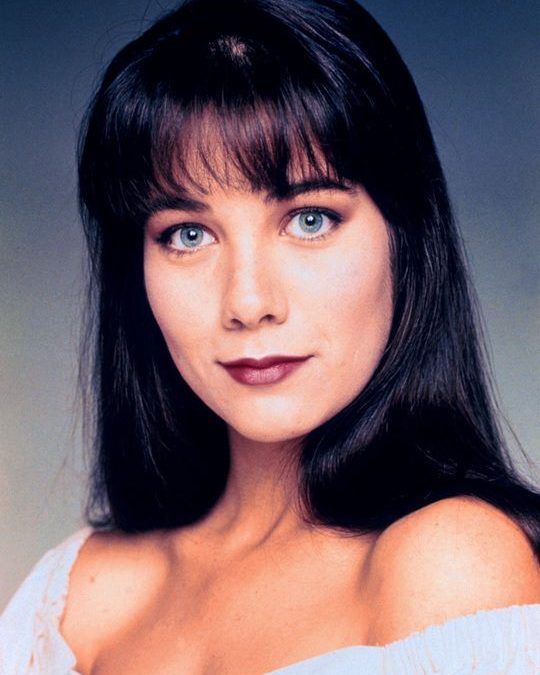 Olivia was born in San Luis Obispo, California. Her parents divorced and she moved with her mother Abby to Knots Landing when she was about 8. While on a weekend visit with her dad, he took them to another state to live with him. Olivia sent a postcard to her favorite neighbor, Val Ewing. Soon after, Abby came to take her children back. Olivia thought her parents were going to get remarried, but instead Abby got full custody, and she never saw her father again.

Soon after, Gary Ewing moved in with their family. He and Abby married and they moved first to the beach house, and then to the ranch. Gary was like a father to Olivia. When they split up, Olivia wanted to live with Gary, until she saw him kissing Cathy. Abby and Gary got back together again, and Olivia was happy once more. When they split up again, it was too much for Olivia.

Reacting to all the upheaval in her life, she began to smoke pot. Olivia overheard Greg talking to Abby about Val’s twins being Gary’s, and Abby having them stolen. Feeling horribly betrayed, she ran away and lived with the McKenzies. One day she accidently left a joint in Michael’s car, and Michael was arrested. Olivia refused to come forward and tell the truth, until Abby followed her to her dealer one day. Olivia went to court, but was let off when she agreed to attend a support group. To show their support, Gary and Abby bought Olivia a sports car for Christmas. Olivia delved into drugs even more, using cocaine. She wiped out her and Brian’s bank account, stole money from Abby’s purse and returned clothes for money. One day while driving Lilimae, she got into an accident, and Lilimae gave Abby drugs she found in Olivia’s car. Abby locked Olivia in the house, and demanded she get rid of her drugs. Olivia and Abby fought violently, but when Brian was beat up as a result of Olivia’s drug usage, she finally agreed to get help, and stopped taking drugs.

Olivia and Paige became friends. Olivia told Paige about her crush on Peter. She was thrilled when Peter asked her to be on his Youth Advisory Committee and showed romantic interest in her. She didn’t know he was after a letter that Sylvia had given her. Abby hit the roof, but Olivia thought she loved Peter. She was crushed to find out that Paige was dating him. One day at Lotus Point, Olivia found Peter dead on the floor. Abby walked in wiping her hands, and Olivia thought Abby had killed him, while Abby thought Olivia did. Olivia was about to be arrested for the murder, when Abby jumped in and claimed she did it. Paige finally confessed to the murder.

Olivia met and fell in love with Harold Dyer, not knowing he was part of the mob. Abby hated him, and so they ran off to elope, but Harold’s uncle stopped them. Abby finally told Olivia she could date Harold, but then Olivia overheard Manny tell Harold that Abby had ordered him to have Harold leave town. Upset, Olivia tried to kill herself. Soon after, Abby married Greg, and Olivia was disgusted with the way her mother used men. The day she turned 18, Olivia married Harold. Abby was upset and took away Olivia’s car and credit cards. Then she left for Japan.

Although she really loved Harold, Olivia had a hard time adjusting to being “poor”. They constantly fought about money. Olivia was also a bit embarrased at Harold’s uncouth ways. The Dyers were soon borrowing money from Gary, Michael and Mac. Gary was paying Olivia’s college tuition, but instead of paying the fees, Olivia bought some stock that did well. Harold, meanwhile, had started gambling, trying to make some money for Olivia. Unfortunately, he kept losing. Both Michael and his bookie were pressuring him for their money. Harold wiped out Olivia’s bank account to pay off the bookie, and went to Florida. He left a note telling her to have a nice life. Weeks later Harold could no longer live without her, so he called Olivia, they made up, and she moved to Florida. They still live there today.