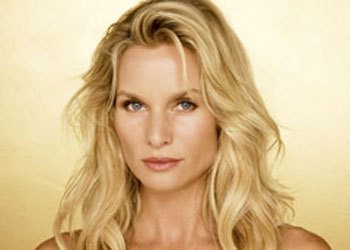 Paige grew up traveling with Anne all over the world, and at her Grandparents in New York. Her childhood was very unstable. She attended boarding school in Switzerland. Having had it with her family, she faked her own death, and lived off money she got by pawning jewelry.

At 19, Paige came to Knots Landing to meet her father, Mac. Out of money, she moved into the McKenzies and had an affair with Michael. She got a job at Lotus Point and dumped Michael for Peter. Karen found out about Paige staging her death, and Anne came to town, but left when she couldn’t get Mac back. Out of spite, Anne told Mac that Greg was Paige’s father. Paige was upset that Peter wouldn’t marry her, and thought it was because Peter knew Greg was her father. Paige accidently killed Peter during an arguement, and it was proven that Mac was her father (they were both allergic to canteloupe.)

Paige went to work for Greg. (And at some point got a Degree in Art History!!) Paige fell in love with Greg, and they had an affair. She was absolutely crushed when he married Abby. She soon met Tom Ryan. Their courtship was rocky, but they decided to get married. Tom left her at the altar. She got back together with the separated Greg, until she found out he had paid off and blackmailed Tom to leave her. She got back together with Tom for awhile, then broke up.

While away on business, Paige met Pierce Lawton, and their relationship moved way too fast. When Greg fired her, she worked at Tidal Energy with Pierce and Gary. Pierce went psycho, and shot Paige. Greg rushed to her side, and they fell in love again. While paralyzed in the hospital, Pierce kidnapped her and took off with her in a yacht. Mac and Greg saved her. Greg had a near-death experience, and suddenly was distant to Paige again. He gave Sumner Group to Paige, Claudia and Meg.

Paige and Claudia fought tooth and nail for control. Claudia eventually sold her shares back to Greg, but Mac gave Meg’s share to Paige, and she owned the Controlling interest in Sumner Group, becoming Greg’s boss! They also got back together, but Paige left him once again and moved to New York when he refused to have children. Today Paige is an executive in Manhattan, and is still missing Greg.