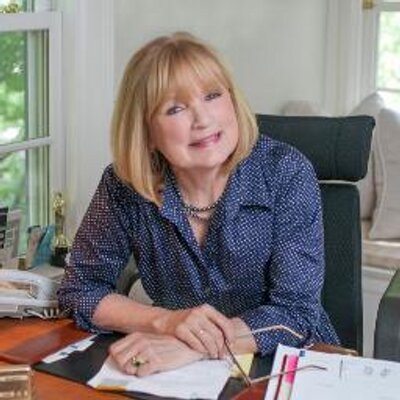 Since departing “Knots Landing” over two decades ago, Constance McCashin has rarely looked back.

She’s consistently said no to reunions, even when begged by producers of the ’80s primetime soap. “I just didn’t want to do it. It’s kind of like ‘Jurassic Park 6.’ Who needs it?” quips McCashin, who lives in Newton with her husband, “George of the Jungle” director Sam Weisman.

So when we heard that the “Knots Landing” gang is being honored next month at the TV Land Awards in LA, we assumed McCashin would again be MIA. (So did fans of the show, one of whom posted this comment on a “Knots” message board: “It will be interesting to see if the ever-absent Constance McCashion is there. I wouldn’t hold my breath.”) Well, she will be.

McCashin, who works as a psychotherapist at Brandeis these days, tells us she’s flying out for the April 19 taping, joining fellow castmates Michele Lee, Ted Shackelford, Joan Van Ark, Kevin Dobson, William Devane, and Donna Mills. McCashin says she’s always been grateful to “Knots” creator David Jacobs for casting her as Laura Avery. “It changed my life,” she says. But she also admits it ended badly eight years later, in 1987. “I was very hurt the way I was let go for financial reasons,” she says. “I wish they’d handled my demise better…It was a big fat brain tumor. Sam says I was an homage to chemotherapy. Everyone with cancer should look so good.” McCashin will make the trip with west with Weisman and their 26-year-old son, Daniel, who was just 11-weeks-old when he joined the “Knots” cast. “It was brilliant casting,” says McCashin. “He played my son.”

Constance was one of the moments of Knots when she died that will stay in fans minds forever. Like when Sid died, and when Val saw the babies again… and the best when Abby said goodbye in the rear window of the car… you belong there Constance… you were huge in the show’s success… Michelle, Joan, Kevin, William, Donna, and Ted, you were my life for so many years, a part of me died when Knots ended…

Constance was pure class. If one could go back in time, the producers would change that part of history. I am sure they regret letting Constance go, writing Laura Avery out of the show. Season One will always be pure Knots to me. Loved every single season of Knots, but something about Season One will always be magical. I hope that there will be another reunion SOON. If any of the cast read these posts I would like them to know this: Knots Landing was not only a big part of their history and their lives, but many others. Like the scent from a perfume long ago, it brings back that time and everything that was going on in your life. Ahh, nostalgia.

I think knots was ending after Laura’s death and Abby’s departure!
Very bad ideas…
Paige and her mother were not interesting characters!

Forever my favorite show. Every week my sister and I would call each other from NC to OK to discuss that week’s episodes. Such a realistic and relateable show. One of a kind…if only today’s tv shows were of the quality.