The Lure of Knots Landing 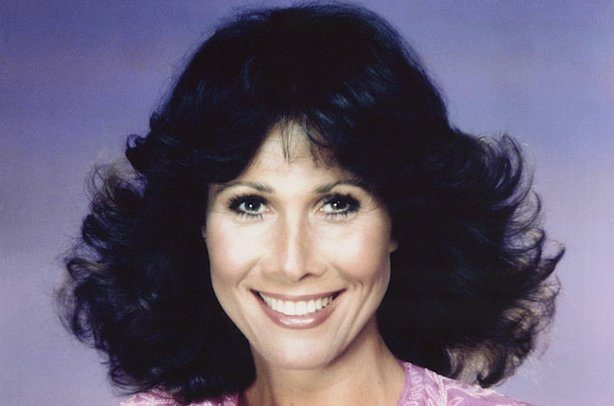 I had a career before Knots Landing,” says Michele Lee. “And I’ve had an entirely different one since the day I stepped on that street.” Lee and other series regulars – Kevin Dobson, Joan Van Ark, Ted Shackleford, Donna Mills and Michelle Phillips – take a journey back in time with the two-part reunion movie, Knots Landing: Back To The Cul-de-Sac, Wednesday and Friday on Channels 4 and 9 at 9 p.m.

“I drove onto the set and there was Kevin Dobson standing in front of our home. Our home! See how far I had become Karen. Playing the same character for 14 years can do that to you.”

Knots Landing ran an amazing 14 seasons, one more than Dallas, making it the second-longest-running drama series on network TV, after Gunsmoke’s 20 years. CBS finally pulled the plug in 1993, when Knots was still a Top 20 show and still beating NBC’s L.A. Law, its direct competition, in the ratings most weeks. “We had simply become too expensive to produce,” says Lee.

Other cast members have gone on to other series. Dobson, who played Lee’s husband, Mack, now films F/X in Toronto. “But I was bone tired,” says Lee, “No more series for me, I said, so I got my own production company going and we’ve made some darned good TV movies. One thing I vowed was not to make those women-in-peril pictures that are awfully popular but predictable.”

Last year, Lee became the first woman to produce, write, direct and star in an original TV movie, Color Me Perfect, about a free-spirited woman who is chosen for a genetic experiment to improve her limited mental powers. And she was Emmy-nominated as the star of TV bio-flick Big Dreams & Broken Hearts: The Dottie West Story. Lee is currently developing another telebiography, this one on controversial novelist Jacqueline Susann.

Before Knots, Lee was a musical comedy star and comedian, the daughter of a famous Hollywood makeup artist. “When I played Dottie,” she says. “people would come up to me amazed that I could sing.” Lee became a Broadway star at 19 in the original production of How To Succeed In Business Without Really Trying. She jumped to movies with Walt Disney’s The Love Bug and then starred with Dick Van Dyke in The Comic, a cult classic about the travails of a silent movie star.

TV offered Lee failed pilots in which she played perky Mary Tyler Moore-type characters. And then along came the chance at Knots Landing. The series was originally created by producer David Jacobs to be a middle-class serial stressing serious issues. CBS looked at the scripts and passed on the idea, suggesting instead a high-powered saga of love and greed among Texas millionaires, a modern Cain and Abel.

So Jacobs went off to write Dallas, which became a big hit for CBS. “The network asked him for a spin-off and he resurrected his original idea,” Lee says. “He took the third Ewing brother, Gary, and put him into the story as viewers’ bait. But we never had much to do with Dallas.”

Lisa Hartman played band singer Ciji Dunne, who was murdered, but Hartman proved so popular that she returned the next season as lookalike waitress Cathy Geary. The biggest star to emerge from the series was Alec Baldwin followed by Nicollette Sheridan.

“I still say we were rooted in reality,” laughs Lee. “It’s the women who understood my character and would warn Kevin when he was out in a supermarket never to cheat on me. There had to be some melodrama to perk along the plot. We struggled with life’s normal problems. And the conversations I had with Mack in bed at night struck home – that’s what I was told. We represented hope for a working marriage.” Lee and co-star Julie Harris were nominated for Emmys in the show’s second season but never again. “We were considered a soap and the actors suffered because of it,” Lee says, “Cagney And Lacey got all the awards. I maintain it is a very tough acting assignment to make a serial come to life. But we got nothing and neither did Dallas or Dynasty.”

Lee says that enough time has passed since Knots folded that she might consider another series. “A comedy would be wonderful, but most of them fail. A drama series involves a huge commitment of time. The fact I’m still being asked is something.” Lee says she was emotionally drained on the last shooting day of the reunion movie. “I walked back to my trailer very slowly, didn’t really want to go, and Joan Van Ark had pinned a note to the door. It simply said: `Karen – Love – Val.’ And that really says it all, doesn’t it?”