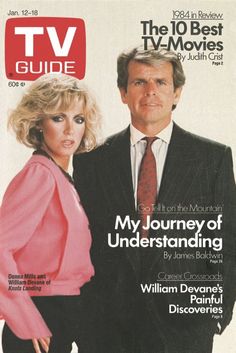 Along with the accouterments, the cars, the retinue of advisers, the pampering that was a star’s domain, there had come something else: he played polo now. Some Hollywood people privately snickered at that. They quietly imagined still another nouveau riche actor playing at being an aristocrat, posing upon a $40,000 polo pony at some society matron’s benefit, and sipping champagne with scions for whom the once-struggling actor might have served as a handyman if the fates had not been so kind. ‘I’m always amazes at what actors will do to demonstrate class,’ another television star said bitingly one day. ‘I think that says something about insecurity. A polo player! Talk about illusion! The star himself was getting ready for a comb-out of his dyed hair. ‘Tell me, do you think he is looking to redo his image, get out of those politician roles he plays’ Maybe he sees a part out of this. A polo star in some soap, maybe.

It was not an atypical reaction in a town where Hollywood observers, like Kremlin watchers, study every social move for its professional meaning. In a place where ambition never rests and pretense is considered good manners, those polo ponies that William Devane rides must mean something, some people insisted, saying that It would only be a matter of time before they understood Devane’s motives, too.

That weekend, Devane was playing in a polo game for amateurs that preceded a professional match at the Los Angeles Equestrian Center. Outside, attendants kept close watch over a phalanx of Rolls-Royces and Maseratis, while inside, some of Devane’s opponents sat upon their horses with an upright stateliness that suggested the glitter of their lives, the permanence of their place there in the equestrian arena. Devane, unshaven and wearing a dirty Jersey, looked like an interloper, There was a pitched battle for the ball in the corner. Horses bumped. Shouts came fro the pack, incomprehensible from up in the stands, but Devane and an opponent could be seen exchanging words. ‘We were questioning each other’s parenthood,’ the opponent said later. The society matrons, tittering at the sight of a celebrity playing their game would have blanched if they had heard That. Not understanding that the shouting and fury was as much the reason Devane played the game as the fine looking horses. He loved the release that the game provided him. The arena had become his personal asylum from Hollywood’s craziness. ‘It’s cooled me out,’ he said. ‘I don’t want to be Warren Beatty any more…Warren should play polo. It’d calm him down.’

The sweat glistened on his gray whiskers. He had tied up his horse, was through for the night, but now he lingered, stopping other amateurs who passed by to check on some informal game that had been arranged, Would they still be playing at 10 the following morning? he wanted to knots. A well-heeled Latin dressed in an elegant white suit nodded and grinned wolfishly. ‘You better be ready for me,’ he chided the actor and Devane uttered an expletive that sent the Latin away hooting.

The Latin had talked of going to Palm Beach for the polo season there, Devane didn’t have that kind of money; he cut corners by buying horses up in Utah for as little as $500 and having an expert train them in Los Angeles. Still he played as much as any of the baron-Tuesday nights Saturdays, some celebrity exhibitions. ‘You get kind of hooked on it,’ he said. ‘I could live here…..It has calmed no down, and helped put some perspective into things. An artist can’t take his art too seriously do you knots what I mean’ If you take are too seriously it can ruin you.’

Devane knew all about unbridled ambition, especially the price you pay for it. There had been a time, before he joined the cast of Knots Landing in 1983, when a storminess had characterized his relationship with producers writers and network executives. ‘Sometimes I’ve wanted things to be so good that it’s gotten me nuts’ he admitted, a reverence to the days when he tried to ride a herd over From here to Eternity: the war Years, and NBC series inn which he was starring. Distressed with the series’ production, Devane told network executives that it needed new directors, better writers; in essence, a complete face lift. Few actors had ever tried to exert such presume and so when the changes were made and the show failed miserably Devane took the rap. The failure ate away at him, He had not discovered polo yet.

The measure of the change in the man could be seen recently after another disappointment. He had set his hopes on doing a proposed movie with Marsha Mason and Ellen Burtsyn, the kind of major feature that he had been without for a long while, but in the end, the deal had fallen through and Devane , said a close friend had felt ‘crushed.’ As usual, he had gone to play polo that week. In the days that followed, his disappointment ebbed some. ‘I am able to get my aggressions out when I play,’ he said. ‘I’m not sure what I would do without it. I mean there are always pressures.’

He said softly in a voice tinged with resignation, as if there might be more frustrations down the read that would require venting more lost film parts that he would take out with a vengeance on some polo ball. He had seemingly entered that soured mid-life where men who had lived limitless dreams now scaled the dreams down to fit inside some small box that life always squeezed you into. ‘No one would bankroll a feature on me,’ he said. ‘I have to settle for the third or the fourth part. If a woman has an affair with a 20-year-old, I play her husband.’

He was content doing Knots, but he believed that feature producers did not take television actors seriously. Two, maybe three more seasons on Knots an then he would knock off and move on to something else. What that might be he had no idea. The world was a foreboding place for character actors in their mid-40’s, the proof being that he hadn’t found a feature role for several years. ‘Maybe I’m a journeyman actor,’ he said.. ‘Maybe I don’t have enough inner muscle to be those guys who get the real big parts who play it real serious…’ It wasn’t only him, he said. ‘Look at Gene Hackman,’ he said, ‘the greatest living actor, I think, aside from Brando. Gene can’t get work. Even Bobby Duvall has problems. He has to play second to Redford [In ‘The Natural’]…..It’s a struggle. I don’t spend a lot of time with my kids. You’re always spending that time trying to get a better part….Those major parts just haven’t come to me.’