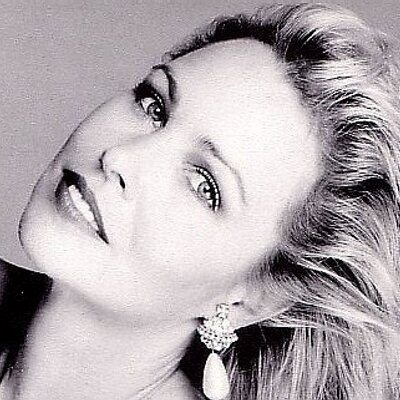 Anne was born into the wealthy Winston family. At 18 she fell in love with Law student Mac McKenzie. Mac was from the wrong side of the tracks, and her parents disapproved. After awhile, the only way she was able to see him was to pretend to date his friend Greg Sumner, who would pick her up for her rendezvous with Mac. Anne’s father soon found out, and lied to Anne, telling her he paid Mac to stop dating her, and the family moved to another residence.

Anne soon found she was pregnant with Mac’s child, and married Matheson, both to give her daughter a name, and for his money. She became part of the jet-set. Anne was soon divorced, and alternately towed her daughter all over the globe or left her in boarding school. Anne had many affairs, and lived the high life. Her daughter Paige died in a boating accident.

One day old boyfriend Mac McKenzie came to town and told her that Paige was alive and living with him in California. Seeing him again, Anne’s old feelings for him came up. She was off to Knots Landing, not so much to see Paige, but rather to get Mac back. Anne rented the house next door to the McKenzie’s, and put all of her moves on Mac. She was frusterated when they didn’t work, and couldn’t believe he’d choose Karen over her. To get him to come to his senses, she faked a suicide attempt. It almost worked until Mac overheard her being nasty to Karen on the phone. Then he humilated her in front of Karen, so she went back to New York.

A few years later Anne’s father died and cut her out of the will. She soon ran out of money, so she went back to Knots Landing to bum off of daughter Paige. Anne decided to blackmail a former lover, and he sent Nick Schillace to watch her. She and Nick had an affair, and came up with several scams to get money. None of them worked. Nick and Anne pulled off a robbery of a statue from Greg’s corporate art collection. Nick took off with the statue and left Anne high and dry. Anne became homeless. She ran into Benny Appleman, a con man who owed her money, and she moved in with him. She did a nude spread in a fashion magazine and got her own call-in radio talk show.

Anne and Greg started to date. Thinking she might be pregnant, she took a home pregnancy test which turned out positive. She and Greg made plans to marry. When she was tested at the doctor, she found out she wasn’t pregnant, but going through menopause. She took fertility pills to try and get pregnant. After she and Greg married, she told Greg she “lost” the baby, but later admitted she’d never been pregnant. Anne soon realized the marriage was a mistake, and she turned to Nick for attention. She and Greg parted, and Anne and Nick went back to working scams. One finally paid off, and she and Nick moved to Monaco. While in Europe, Anne discovered she had psychic powers. A few years later, Anne decided to visit Paige, but apparently her powers must not have been working as Paige had just left Greg. Anne laid around Greg’s ranch for a couple of weeks telling him all about her psychic powers. Today Anne works at the Psychic Friendship Phone Line, and who knows, she may be your psychic friend!