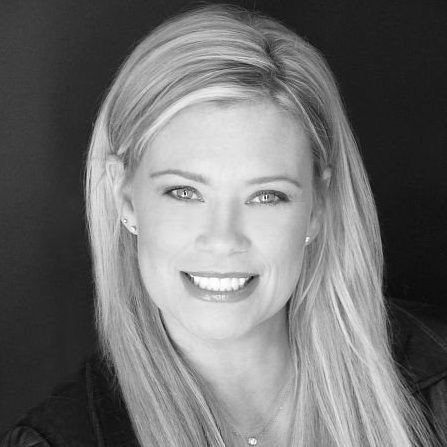 In college, Linda met and married Eric Fairgate. At first the marriage was happy, and she was thrilled to have found a nice guy who shared her concerns with the environment and social causes. Eric took her to meet his family, and she didn’t really take to his mother Karen. After awhile, the marriage started to sour. Linda and Eric thought some time apart would do them good. Eric took a job in Saudi Arabia. Since Linda did not get along with her mother, Eric took her to live with the McKenzie’s until his return.

At the McKenzies, Linda and Eric’s brother Michael hit it off and became friends. Michael told Linda about a girl at work who had turned him down when he asked her to the company party. Linda suggested she pose as Michael’s date to make the girl jealous. Michael agreed, and Linda pretended to be “Theresa”. While out that night, both Michael and Linda realized that they were very attracted to one another. Michael tried to fight it, but

he and Linda began an affair. When Eric came back to visit, Linda told him she wanted a divorce, that she was in love with Michael. After Eric left, Michael told her that they couldn’t see each other anymore. Linda got her own apartment with money from Michael, and took a job at the Sumner Group where Michael worked. He tried to avoid her, so Linda manipulated her way into sharing an office with him. Then Linda told him that Eric would beat her. Feeling sorry for her, Michael began to speak to her again, and soon they were back together.

As Michael fell more and more in love with her, Linda was discovering her ambitious side. Linda became even more manipulative, usurping everyone she could, taking credit for things she didn’t do, jumping the gun on projects to make others look bad, and using sex to get confidential information from people. Linda rose through the ranks. She and Michael bought a condo together and became engaged. Soon after, she knew that Michael would never be ambitious enough for her, but strung him along while she had affairs with others.

Linda began to sleep with Greg Sumner, and she and Paige became mortal enemies. They traded insults regularly, and Linda tried to ingratiate herself to Mrs. Richfield, Paige’s (and the Sumner Group’s) biggest account, and soon was on the account herself. Linda then dumped Michael, and screwed him out of a lot of money on their condo. Although he still loved her for awhile, his eyes were finally opened, and he saw her for what she truly was. Michael quit and left Knots Landing to travel. Greg asked Linda to move to his ranch with him, and she agreed.

Linda was introduced to Brian Johnston, the architect hired to design Sumner Plaza. Linda already knew Brian — he was an old fling from college. When Brian struck out with Paige, he and Linda resumed their old affair, even as she packed to move in with Greg. She and Brian made a videotape of themselves having sex. Suddenly, Brian came up missing, and her video was missing too. Then Brian called Linda. His wife had been having him followed, and he had killed the detective. He had the video of him and Linda, and told Linda he would give it to her in exchange for getting some gold pieces out of his gym locker. He also promised her one of the gold pieces. His plan was to say he had suffered from amnesia, and then go back and resume his life.

Linda went to the gym posing as Brian’s wife, and got his gym bag. Brian gave her the tape, but decided to follow her. Linda wanted more money. Knowing Brian’s wife was rich, she went to her and told her she would tell her where Brian was for $50,000. Mrs. Johnston paid her, and Linda told her about everything that had happened. Linda returned home later that day, to find Brian in her apartment. Brian screamed that she had ruined everything, and took out a knife. Linda tried to do some fast talking, but it didn’t work. Brian slashed her throat and Linda died.