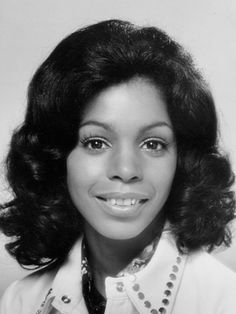 Samantha was raised in Chicago. She met and married Jerry Sollars, and they had a daughter, Janelle. Samantha became a doctor. While working in a Chicago hospital, she discovered that another doctor was running an illegal drug ring for the mob. Samantha turned him in, and she and her family were put in the witness protection plan. She was renamed Patricia Williams, and her family moved to Knots Landing, where Pat became a customer service employee in a bank.

Pat had to go to Washington DC to testify against her colleague. While there, she was stabbed in the arm. Next-door-neighbors the McKenzie’s figured out the Williams situation, but agreed to keep it a secret. One day an orderly from Pat’s previous hospital saw her at the mall. He tried to blackmail the Williams, and for safety, she and Julie went to stay at Gary’s ranch. While there, she developed a crush on Gary.

Mac and Frank were able to take care of the blackmailer, and then Mac arranged for it to look as though she and her family were in a car accident, so they would no longer have to hide. Pat really missed practicing medicine, and decided to apply for her California license. This really upset Frank, who felt that it would give away that they hadn’t really died, and put them in danger. He and Pat argued about it, and he said if she went ahead with it, he would leave her. Pat persisted, so he left. Pat and Frank missed one another terribly, and after a few days, they decided to make up.

Since they were first married, Pat and Frank had made a pact, that whenever they made up after an especially big arguement, they would do it while eating spumoni. Pat went out to get some before Frank came home. Danny Waleska, who was drunk, pulled into the cul-de-sac a few moments after Pat did, and as she got out of her car, he hit her with his car. Pat was rushed to the hospital. At first it looked like she might be okay, but then she had a brain hemorage and went into a coma. The doctors told Frank that she was brain dead, and he had to make the devastating decision to take her off life support. Frank sang to his beloved wife as she died.