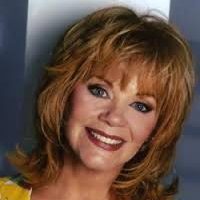 Claudia Sumner was born and raised in New York with younger brother Greg. Her father, Sumner, was a pilot who died in the Korean war. Soon after her mother started to see Paul Galveston, and she and Greg learned that her mother had been seeing Galveston for years, and that he was really Greg’s father.

As a teenager, Galveston became interested in Claudia. She spurned his advances, and hated him. She eventually succumbed to him, liking the money and expenisive gifts he gave to her. Claudia soon found herself pregnant. Galveston wanted no part of the baby, and refused to marry her, preferring her mother instead. When her son was born, Claudia gave him up for adoption, and moved to Philadelphia to start her life anew. Claudia earned an advanced degree in anthropology. She met and married Mr. Whitaker, and had a daughter, Kate. Whitaker died, and Claudia was very possessive of her daughter.

Years later, her mother Ruth was dying, and asked Claudia to take care of her. Claudia still resented her mother, who had since married Galveston, but she agreed. She hired a nurse, Rosa Barth, who moved in, along with her nephew Alex Barth. One day Ruth had an attack, and as she reached for her pills, they spilled all over the floor. She tried to get them, but couldn’t. Claudia, who was in the room, made no move to help her mother, and left her to die. Rosa and Alex witnessed this, and Rosa blackmailed Claudia for a monthly check in order to keep silent about it.

Claudia read in the paper that her brother Greg, now a mogul and head of the Sumner Group, was dying of liver disease. She packed up Kate and moved to Knots Landing. Kate, an accomplished tennis player, was up for a scholarship at an Eastern College. Claudia lied and told Kate she didn’t get it, to keep her in Knots Landing with her.

Greg gave Claudia a job as the head of the Sumner Foundation, which contributed to charitable organizations. Claudia’s son Steve Brewershowed up wanting to meet her. Claudia wanted nothing to do with him, and didn’t like that he and Kate were becoming close. When he decided to move back to his hometown, Claudia planted a gun in his van and then reported it stolen, which lead to Steve’s death. Kate blamed her for the death, and moved out. Claudia attempted suicide. She and Kate later made up, but Kate decided to still live on her own. When Claudia didn’t like Kate’s boyfriend Joseph, Claudia convinced Greg to have him offered a job elsewhere, and he left Kate.

Alex Barth came to town and blackmailed Claudia into letting her stay with him. When he took a liking to Kate, Claudia slept with him so he’d leave Kate alone, and got him a job at Sumner group. Claudia eventually got sick of his blackmailing, and told Greg she let Ruth die because she was in pain, then she kicked Alex out.

When Greg decided to leave the Sumner Group, he gave Claudia 1/3 of the Sumner Group. He also gave 1/3 to Paige, and Paige and Claudia fought bitterly over who was in charge. Nick Schillace came to town and romanced Claudia, but he was really working for Treadwell and wanted Claudia’s shares of Sumner Group. Claudia bought him a restaurant in order to keep him with her. She used money she extorted from the company. When Paige and Greg found out, Nick got her the money from Treadwell so she could pay it back. Because of the “favor” Treadwell wanted Claudia’s shares in return. When she refused, Treadwell’s men drove Kate off the road. Seeking refuge at Greg’s ranch, Claudia sold her shares back to Greg, who wanted his company back. In exchange, Claudia asked him for 5 million dollars and a Museum job in Monaco. When she left Knots Landing, she was surprised to find that Anne and Nick were also moving to Monaco. Today Claudia still lives and works in Monaco.