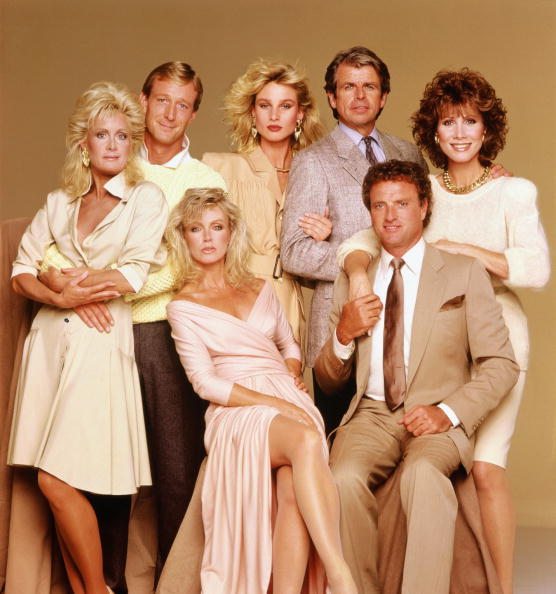 After 14 years, the cast of Knots Landing wraps the series finale.

They shared spouses and lovers, hurled insults and champagne flutes and perpertrated countless acts of seduction, betrayal and murder. So of course the Jan. 20 wrap party for Knots landing, marking the end of the last of those 14 sin-filled seasons, was positibely kissy-kissy. A reflective Michele Phillips (Anne Matheson) summed up the mood: “Bittersweet.”

A crowd of 350 – including series alums John Pleshette, Don murray, Constance McCashin and Donna Mills — gathered at L.A.’s Regent Beverly Wilshire Hotel three days after the taping of the last episode (A cliff-hanger airs March 11, with the big two hour finale scheduled for May) to taste grilled chicken and toast plot lines. The throng also raised their glasses to longevity: Knots is the third-longest-running-hour-long dramatic serial in television history, behind only Gunsmoke and Dallas, from which Knots was spun off.

For original cast member Michele Lee (karen MacKenzie), it was a teary evening. Said lee: ‘We’ve been through marriages [she’s currently married to TV exec. Fred Rapoport], divorces [hers was from actor James Farentino], babies and deaths” — including that of Larry Riley, who succumbed to AIDS last June at 39. But Nicollette Sheridan, whose seven season role as the alluring Paige Matheson brought her stardom, was less sentimental, if nevertheless enthusiastic about her Knots tenure. “It’s been a kick in the ass,” she said. “We’re outta here.”