Lisa Hartman on Education and Television 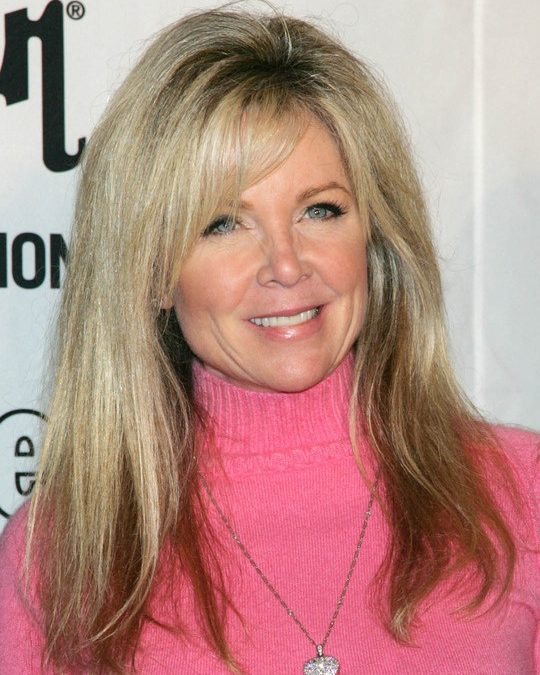 When Lisa Hartman finished the fifth grade “she sent the teacher a letter saying how much she enjoyed being in his class,” recalls her mother, Jonni Hartman.The letter also said “someday I’m going to be a big star and you can say you taught me in the fifth grade.” “She always knew what she wanted,” Jonni says. “She said,’I’m going to be a star’ from the time she was 4 or 5 years old.”

Lisa — now married to country heartthrob Clint Black, and using the name Lisa Hartman Black — remembers the letter well. “I think it was actually the sixth grade, though,” she adds. Of course, it’s no secret that she actually did go on to become a big star, of two television series and many made-for-TV films, most recently Have You Seen My Son? (which airs Monday at 8 p.m. on ABC). It is about a young mother’s desperate search for her ill son, who has been kidnapped by her ex-husband. Yes, it is another one of those based-on-a-true-incident movies the networks thrive on. “From what I’ve read, these movies seem to be most popular with viewers,” she says. “I think people are astounded by some of the absurd situations and they turn to each other during commercials and say, ‘Can you believe this is a true story?’ “The last few I’ve done are about women who’ve been dealt horrendous blows and been very strong and taken the bull by the horns and solved their problems.” In 1993’s Without a Kiss Good-bye, for example, she played a young mother wrongly convicted of poisoning her baby. The child actually died of a rare disease.

“I feel good when I can tell someone a story and enlighten them, make them aware of how precious life is and how we have to look out for ourselves and our children and our families.That’s the message in a lot of these movies.” A year later, in Someone Else’s Child, she played a woman who came home from the hospital with the wrong baby. When she finds her biological child some years later, she discovers he’s being abused. “What she does to save that child is amazing.Women come home from the hospital with the wrong baby all the time.

Women have to be aware. They have to ask questions. “It’s not my goal as an actress to look for scripts that educate people. But that’s what’s come to me, it’s what’s popular and I’ve liked the ones I’ve done. I’ve learned a lot through my work.” Lately, Hartman Black has been doing about two television movies a year, “and I’m grateful for that,” she says. “It’s not going to last forever. There are so many great actresses and so few movies made every year, so few scripts that I want to do.” She’d love to go back to a series, though. “If something came along that was interesting, I’d do it in a minute,” she says.

Series television, of course, is where she established her reputation. It was on Knots Landing that she made a little television history, as the only actor killed off one season and brought back to play another character the next because she was so popular. “I was hired by one of the characters to drive her husband crazy because I looked so much like (Ciji, the character who’d been murdered). At the end of that first season I’d gone on to do other stuff. When my manager called and said the producers wanted me back, that was the most flattering thing that ever happened to me.

” That’s saying a lot, because Hartman Black has had a pretty hot career. She attended Houston’s High School for the Performing Arts and did a lot of local theater work.Her goal at the time was to be a recording artist and when she finished high school she had a band that played area Holiday Inns. But she thought she’d try Hollywood. She began landing roles on episodic television almost immediately and within months was cast in the title role of Tabitha, the spin-off from Bewitched. She remembers that the last two actresses being considered for the role were she and Pam Dawber. “A few days later I got the part, and did 13 episodes before the show was canceled. She went on to do Mork and Mindy.

I always say she got the hit and I got the stiff. But it was a great way for me to break in and learn.” That was followed by the mini-series Valley of the Dolls, Knot’s Landing and the many television movies. “Would I like to work with Scorsese? Sure. Would I like to work with Spielberg? Absolutely. But I’ve always felt my life is going to take me where it’s going to take me. I’ve never been into working the town. “Sometimes I think if I got out there and was a little more political, things would come my way. But I’m not that kind of person. I don’t have that kind of energy in me. So be it.”

Get free spins at Black Lotus Casino with the Black Lotus no deposit bonus codes at https://usacasinocodes.com/black-lotus-no-deposit-bonus-code/. Find more free offers at USACasinoCodes.com.