Knots Around the World 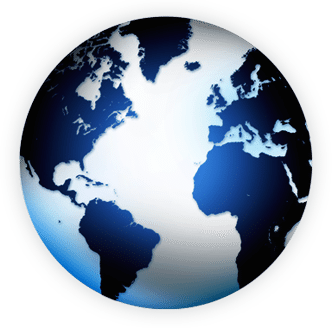 Knots Landing premiered here on Thursday June 25, 1981 at 9:30pm on Channel 7. No doubt they were hoping for the same ratings success as that being enjoyed by parent show Dallas on the rival Ten Network. Unfortunately, this was not to be the case. After a run lasting just ten weeks, Knots was abruptly dropped from the schedule.

It reappeared for the summer non-ratings period beginning in November, taking viewers part way into the second season, and again in November 1982. With the return of ratings in early 1983 the show stayed on the air but was banished to late night – nominally 11pm but often much later. After the long hiatus there was sufficient backlog to screen continuously through to the end of the fifth season.

Another long break followed during which there was apparently enough outcry from fans for the channel to attempt a relaunch with season six in 1985. This time they gave it the Saturday 9:30pm slot but despite the promotion the show again failed to garner a mass audience although interest did remain high enough to ensure that subsequent seasons were presented in a timely manner. However, the timeslot slipped first to 10:30 and eventually back to the familiar late night/early mornings.

In later years, the night was changed to Monday with the final season airing in 1993.

Due to a takeover of the rights to Warner Bros. product by Channel 9, Back to the Cul-de-sac was broadcast by that network in December 1998. Interestingly, it was given the old Saturday night slot – made even later on the night by an overtime cricket match – and shown in a single marathon session that lasted well into the small hours.

Simultaneously with the nighttime airing of season seven in 1986, reruns of seasons 1 – 6 were screened at 3pm weekdays. Seasons 8 & 9 were shown again at 10am weekdays in 1989 and season 14 was repeated at 5am twice a week shortly after the original run.

Knots Landing arrived in the French TV Screen in April, 4th 1988. The show was called “Cote Ouest” and had a different theme song. It was seen at 1:45 P.M, Mondays-Fridays on the channel TF1. By February, 10th 1989, all of the nine seasons (episodes 1-219) had been aired, and in the USA, Knots was in its tenth season, so the show went on a hiatus, until, the channel purchased new episodes of season 10.

Starting April 4th, 1990, after a one year hiatus Knots Landing was back with brand new episodes. It was seen every Sunday, late in the afternoon, until December, 30th, 1990, Episodes (220-261) were seen, but there weren’t a lot of viewers tuning in, so TF1 decided to take off the show from its Sunday time slot, and instead put it on a daytime slot right after The Young and The Restless. Beginning January 7th, 1991, Knots Landing was seen Monday, Tuesday, Thursday and Friday (Wednesdays during summer time) on TF1 at 2:30 P.M, instead of continuing from episode 261, TF1 decide to re-run the entire series, beginning from episode 1. This was an attempt that succeeded and Knots Landing became a popular show in France. This second run ended on August 14th, 1992 and Episodes (1-326) were seen. TF1 had been able to purchase episodes following episode 261 and caught up with America, meaning that by August of 92, season 13 had been aired in France, therefore French and Americans both waited for season 14.

However, the wait for the French was longer, while Americans saw the season 14 premiere in the fall of 92; the French did not get to see it until the winter of 1995. On April 1994, Knots Landing came back on TV, but instead of showing season 14 directly, the cliffhanger was longer, the channel decided to re-run the entire series from the beginning on a two episodes per day basis during daytime hours. On April 11, 1994, Knots Landing was seen again at 2:30 PM and then another episode at 3:30 PM, 2 episodes per day, Four times a week (Mon, Tue, Thurs and Fri), 5 times a week during summer time. It was seen from the beginning, until February 3rd, 1995, where the French saw the last episode of the series. The 14 years run in America had been an 8 year run in France. The April 94-Feb 95 run was the most successful and most people got hooked around this time including me (well, I was a fan since 91, but I was able to watch every episodes during this run) and two episodes of Knots Landing is just a great bonus for the entire wait.

In the summer of 2000, TF1 aired Knots Landing again from the beginning, but cancelled it after episodes 18 due to low ratings. Well, it was the summer, but I am sure if they had waited for the fall or spring, it would have worked. Currently, there’s a petition on the French websites to get Knots Landing back again.

Knots in Germany – A Long and Winding Road

When Knots Landing was in it’s 9th season in America and characters like Sid and Laura had already died, the show finally made its late debut on German television in January of 1988. Titled “Unter der Sonne Kaliforniens” (Under the Californian Sun), the show was promoted to be a spin-off series of the hit serial Dallas, which at the time had already been on the air for 7 years.

Unlike in the US, Knots Landing never was a prime time program here. When the series launched with “Community Spirit” (Episode 2) on January 9, 1988, it was shown at 5 p.m. on Saturdays. The time slot would change over the years but KL was always screened during daytime.

Knots Landing unfortunately became the black sheep of the four American prime-time soaps. Dallas, Dynasty and also Falcon Crest were big hits in the 1980’s but knot Knots. The ratings were never that strong and so the show got cancelled in season 7 after episode #152 – “High School Confidential”. December 13, 1990, proved to be an unlucky 13th for Knots Landing: It was the last time Knots was screened on ZDF, the TV network that originally purchased the series.
Note how we got to see nearly 7 seasons in only 3 years!

Luckily German fans didn’t have to wait too long to find out the ever-enthralling fates of the Seaview Circle citizens. In 1991 Knots Landing came back to our television screens, this time on cable station SAT 1. Having mercy on the “black-sheep soap”, they picked up right where ZDF left off only to cancel the series again after a couple of episodes! Of course the reasoning behind the brisk unplugging was understandable: A re-run of the whole series was scheduled to start soon so that new viewers could catch up. And Knots Landing sure needed every single German viewer it could possibly get!

About a year later SAT 1 continued the screening of season 8 and we got to see new Knots Landing episodes until 1993 but even then knot up to the finish! Once more the German viewers were betrayed as the airing stopped with episode # 323 – Sea of Love.
This episode ends with a mini-cliffhanger when Greg, Mack and Pierce wind up falling into the ocean. German fans were left to wonder with bated breath what would happen to their beloved KL heroes and heroines…

They say the third time’s the charm – just like with Gary and Valene’s marriages. And in 1994 Knots Landing returned to our screens for a third go-round. Yet again the show was being re-run from episode 1 (uh, episode 2 – we never saw the pilot).
In the spring / summer of 1995 we were finally treated to the remaining installments of season 13 as well as the whole new last season. It appears that SAT 1 had received tons of complaints of German Knots Knuts who demanded that they screen Knots Landing till the very end.
In summer of 1995 we had to say good-bye for good, the series finale “Just like old times” was at long last broadcast and marked the official end of the series here.
The reunion “Back to the cul-de-sac” has knot been screened yet. But there IS hope as the mini-series has been dubbed into German and was already shown on ORF (an Austrian channel). So let’s keep our fingers crossed that the circle will never be unbroken!!!

*Skipped episodes
Twelve episodes were never screened in Germany. The reason for this remains a mystery. It may have to do with violent content. It may also knot be a coincidence that nearly all of the Dallas crossovers were skipped – except for the J.R. ones.