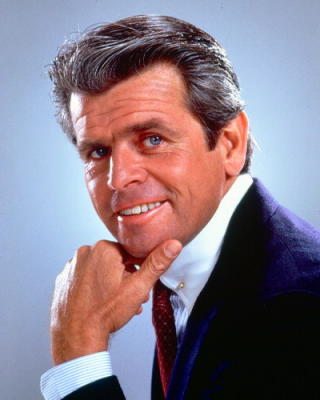 Gregory Sumner was born in New York. He was very close to his father, a pilot, who died in the Korean War. Soon after his father’s death, Paul Galveston came into the picture. Greg learned that his mother and Greg had been having an affair for years, and that Galveston was actually his father.

During college, Greg had many jobs, including construction and working at White Castle. He went on to Law School, where he and Mac McKenzie were friends. Greg was smitten with Mac’s girl Anne Winston, but then met and married Jane. He and Jane moved to California and had a daughter, Mary Francis.

Greg’s political career started when he ran for city council in 1968. Soon he was living in Sacramento as a state Senator. Then he ran for Untited States Senator. As part of his campaign, Greg got in touch with old friend Mac and appointed him to his crime commision. He had an affair with Abby, and then Laura. Greg won the race for the Senate, and Jane asked him for a divorce, but by this time he’d already fallen in love with Laura.

Paul Galveston came to Knots Landing and wanted Greg to be a part of Empire Valley and to take over his company. Greg resisted because he hated Galveston. Greg’s mother Ruth came to visit as Paul died, and finally convinced Greg to take over Galveston Industies. Greg renamed it the Sumner Group. Ruth enlisted Abby to break up Greg and Laura. It took Greg a long time to win her back. Peter Hollister applied to be Greg’s assistant and later told him he was his brother, but it wasn’t true.

Greg and Laura married, and had a daughter, Meg. Soon after, Laura died of a brain tumor, and Greg was devastated. He gave Meg to the McKenzies to raise as their own. He hired Paige to work for him. Soon they had an affair and they fell in love. Wanting to get back into politics, Greg married Abby because he thought she’d be a good political partner. Greg ran for Mayor, but Paige sabotaged his campaign and he lost. He was up for an appointment as a trade representative to Japan, but Abby manipulated to get it for herself instead. Greg and Paige had an on-again, off-again relationship, but he truly loved her. He also dated Paula Vertosic and Linda Fairgate.

Mary Francis came to visit him, and she was killed by her boyfriend. Her boyfriend also shot Greg, and injected him with poison, which required him to have a liver transplant. While sick, both his sister Claudia and Anne Matheson showed up. He flirted with Anne, but really loved Paige. When Anne thought she was pregnant, they got married, but he ignored her. Anne finally admitted she had never been pregnant, and they went their own ways.

While going through a mid-life crisis, Greg gave his company away to Paige, Claudia and Meg, but soon wanted it back. Greg eventually bought back Claudia’s shares, but Paige aquired Meg’s, so Paige became Greg’s boss! He and Paige finally got back together. Several years later, Paige left because he refused to have children. Today Greg has softened a bit. His company is more altruistic. And he’s still trying to get Paige back!